The best to come from Netflix in 2020

Netflix lines up yet another year of essential viewing in streamland. Here’s our pick of the best for 2020…

After Life – Series 2
Ricky Gervais returns in this dark-yet-heartwarming comedy about a widower with the “superpower” to say and do whatever he wants. Will the sleepy town of Tambury throw up a wilder situation than the man who received the same birthday card five times?
Stream from: Spring 2020 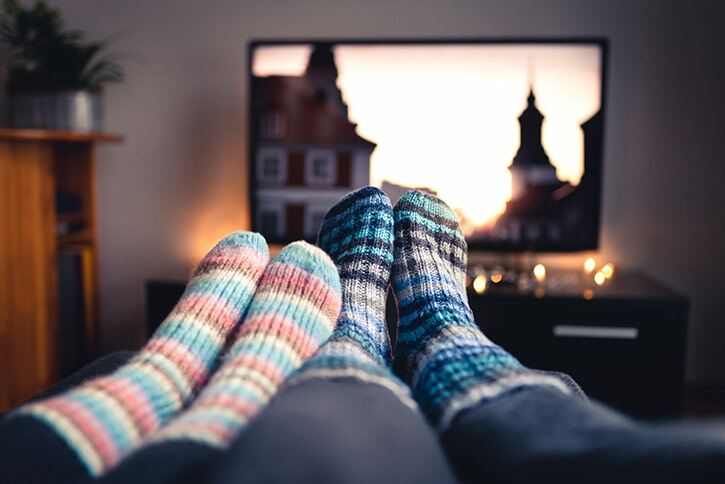 Jurassic World: Camp Cretaceous
This animated kids series is set at the same time as 2015’s ‘Jurassic World’. Six teenagers chosen for a once-in-a-lifetime experience at an adventure camp find themselves at the opposite side of the dinosaur-filled island as chaos ensues. How will they fare amongst raptors, Rexs and each other?

Locke and Key
Based on the graphic novels from Stephen King’s son Joe Hill, Locke and Key tells the story of a mysterious house where unlocking doors grants magical abilities. The Locke Siblings move into Keyhouse and discover disturbing secrets about their father’s untimely death.

Narcos: Mexico - Series 2
The Narcos series kicked off in 2015 with the story of Pablo Escobar and has reached the illegal drug trade of Mexico via the tale of the Cali Cartel. Will the Guadalajara gang outwit the authorities much longer? Log in from February to find out.
Stream from: 13 February 2020

Eurovision
Will Ferrell co-writes and stars in this comedy film penned especially for the streaming giant, and set in 1972. Eurovision follows the story of Lars (Ferrell) and Sigrit (Rachel McAdams) as they represent their native Iceland in Europe’s favourite song contest.

The Umbrella Academy - Series 2
The story of an unlikely ensemble of a ghost, part-animal astronaut, violinist and more resumes in mid-2020. The simultaneously-born siblings have much to learn about their adoptive billionaire father and the looming apocalypse they’re destined to save the world from.

David Attenborough: A Life on Our Planet
David Attenborough describes his latest film as “my witness statement and my vision of the future”. Expect bleak predictions and hope-filled solutions to follow from the much-loved national treasure.

Toot! Toot! Cory Carson
The Netflix original animated series is based on the popular children’s toys, Toot-toot drivers. The short episodes follow kid car Cory Carson on his adventures around the winding roads of Bumperton Hills. Available for streaming now.