Craving concerts and gagging for gigs while stuck indoors? Give these online performances a try… 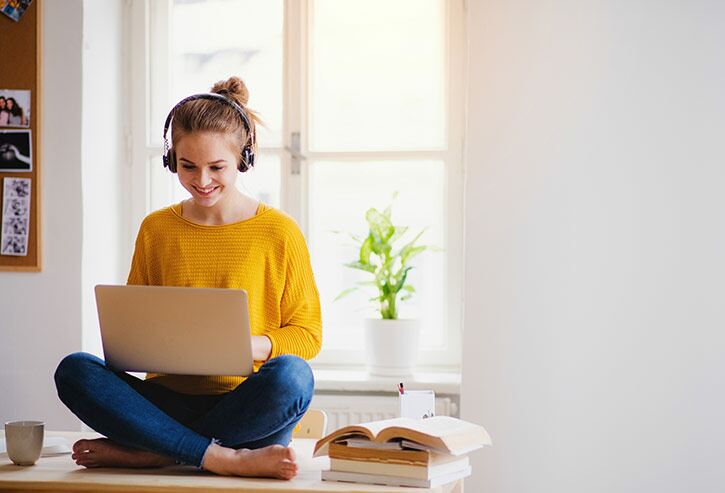 The Shows Must Go On
A trip to Theatreland may be a socially distant dream for now, but enjoying the sights and sounds of a West End production isn’t completely off the cards. YouTube channel ‘The Shows Must Go on’ streams a Sir Andrew Lloyd Webber show in full every Friday at 7pm, where it stays available for 24 hours. Cats, Joseph and the Amazing Technicolour Dreamcoat, and the Phantom of the Opera have all featured so far.

Radio 1’s Big Weekend 2020
Radio 1 has laid on road shows since 1973, with the gigs evolving over the years to become a huge music event touring the UK. The BBC is keen for the masses to carry on the party while practicing social distancing, and has assembled an impressive line-up of stars for its first remote festival. Expect the Jonas Brothers, Sam Smith, Ellie Goulding and more to take to the streamed stage between May 22-24.

Royal Albert Home
One of the nation’s grandest music venues plays host to performances in the far more humble surroundings of artists’ homes. KT Tunstall, an opera for kids and a VE Day special with Katherine Jenkins are available to watch back now on the Royal Albert Hall’s YouTube channel, while Imogen Heap and the Kaiser Chiefs will premiere later in May. Tickets are free but viewers are asked to make a donation to support the Grade-I listed building.

Hip Hop Quaraoke
The team behind Hip Hop Quaraoke have hosted rap-themed karaoke across nightspots in London, at Glastonbury festival and even at the Tate Modern. Host Bobby Champagne Junior and DJ Rob Pursey are keen to keep the tradition going while we’re all stuck at home and have taken their unique show to Instagram Live. You can choose to watch with the masses or join in on the action, laying down verses in front of an audience of live streamers.

Fortnite Party Royale
The popular computer game has adapted its free roaming world to host online concerts. In early May developers celebrated 350 million users by hosting a streamed event with DJs Deadmau5, Steve Aoki and more. Players danced, bounced and roamed as their avatar, in a truly unique live music experience. Rapper Travis Scott’s series of 8-minute events attracted an audience of 27 million back in April and we wouldn’t be surprised if similar digital experiences soon follow.