What we’ve missed about the cinema

The whiff of popcorn, the tear of your ticket stub, oh how we’ve missed you. Here we run through some of our favourite things about a trip to the cinema. 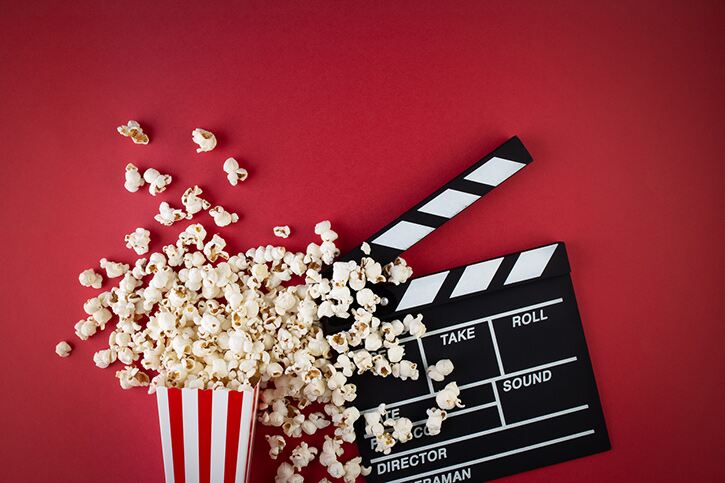 Pricy popcorn and other snacks
They might be expensive and you can probably buy the pick n mix somewhere else for half the price but there are some snacks that simply can’t be replicated when streaming films at home. The jumbo hotdogs, the fully-loaded nachos, the supersized buckets of popcorn, they’re just not the same anywhere else.

Reactions from the crowd
Forget the person in front chomping on the loudest possible packet of crisps or the superfan who talks through every scene, we’re talking about the joy of a group gasp at an unexpected plot twist, and the feelgood factor of laughing with strangers. We’ve lived very private lives over the last few months and grown to appreciate being part of a big crowd. Long may it continue.

Huge screens and incredible sound
In the battle between a home TV setup and a 10-metre-wide screen with surround sound, we know where we’d rather sit back and soak up a blockbuster. Plenty of cinemas show films in 3D nowadays and 4D screens are becoming more popular too. The latest technology adds motion seats to vibrate and bump in time with the action and other special effects including air jets, water sprays and scents to help viewers immerse themselves with the story on the screen.

Unexpected trailers
There’s no telling what trailers you’ll see before a film starts. We can all search for the latest teasers online but nothing compares to having a ready-made collection of clips brought to you. How many times have you promised to come back to watch a film you had no idea even existed, before you saw its awesome trailer on the big screen? More of the same please.

Overhearing the exit reviews
One of the most enjoyable things about going to the cinema is overhearing other people’s opinions at the end of the film. “I never expected that ending,” and “How good was her acting?” Finding out that strangers feel the same way about what you’ve just seen can be a great feeling. And if other cinema-goers completely disagree, it makes the experience all the more interesting.