After being delayed twice (thanks for that pandemic!) we are finally getting to see ‘No Time to Die’, the 25th film in the James Bond franchise. Its original release date was back in April 2020, and now that current Bond Daniel Craig has now played the leading role for longer than any of his predecessors the pressure is on. Sadly, this is going to be the final adventure and farewell to our much loved 5th Bond, so everyone here at SOCKSHOP is preparing to be impressed. 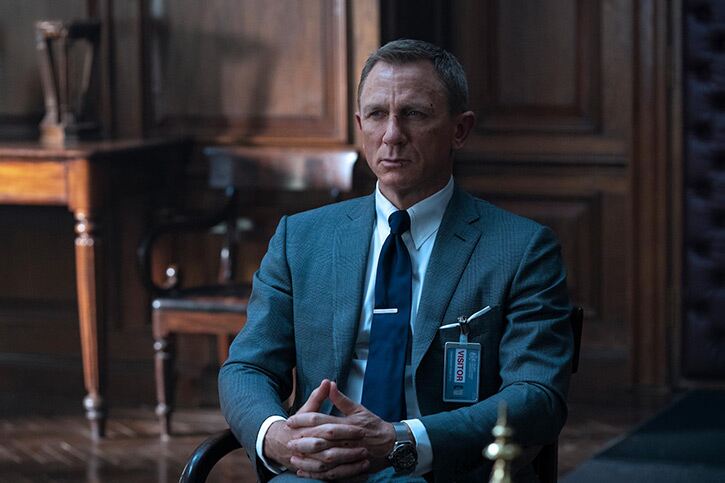 It is safe to say that since it first appeared on our screens back in 1962, James Bond has become an institution, and no matter which actor is your favourite Bond, we are all keen to see what the next installment has to offer. So, we have put together all the intel we have about ‘No Time to Die’ which is due out in September 2021. From what we know already, you are sure to be shaken, not stirred. (like what we did there?)

The History of James Bond

James Bond, usually referred to as 007, has gone from strength to strength since it was first created for screen in 1963, but before that originated from British author Ian Flemming’s novels. Since then the role has been played by a range of unforgettable actors, from Sean Connery in the 1960s, Roger Moore throughout the 1970s and 80s, and Pierce Brosnan in the 1990’s. Since then Bond’s shoes have been filled by Daniel Craig, who has been popular amongst die-hard Bond fans.

Bond’s No Time to Die

There is no denying that we have been waiting a while to see the next instalment for the world’s most famous British Secret Service agent. The last film, Spectre, with leading man Craig, was released back in 2015, and was a worldwide success. We have to admit, here at SOCKSHOP, Spectre was one of our favourites, so it will be a tough act to follow. However, no expense has been spared when it comes to the latest installment, from the always impressive stunts, to the famous names that are making up Craig’s supporting cast.

What to expect from Bond’s No Time to Die?

Due to be released in the UK on 29th September 2021, Daniel Craig’s Bond finale is jam packed with all the action, adventure, and a star studded cast. His returning MI6 gang consists of Ralph Fiennes, Rory Kinnear, Ben Whishaw, and Naomie Harris. Evil mastermind Safin, will be played by Rami Malek who is most well-known for playing Freddie Mercury in Bohemian Rhapsody, and is one of the most anticipated roles of the movie.

*Spoiler alert* - you have been warned!

While we know that the film will be starting off with Bond relaxing in Jamaica following his Spectre adventures, he is called back on active service to assist in the location of a missing scientist. Once it turns out that the scientist has been abducted, Bond is soon hot on the trail. Based on the synopsis, we are also expecting a bit more information on the mysterious Madeleine Swann and her personal history.

Billie Eilish has provided the theme song for No Time to Die, and it is everything you would expect from a Eilish X Bond collab. With doomy lyrics and strings, and a dramatic final finish it is exactly what we want to hear from a Bond song. To make it even more impressive, Eilish has broken records as the youngest ever artist to record a theme song for the franchise.

Another reason we just can’t wait for the release of No Time to Die is because it offers us the perfect opportunity to celebrate everything Bond related! From hosting your very own Casino Royale evening with friends and family, to indulging in a bit of Bond Cosplay, the options are endless. While most of the SOCKSHOP Bond fanatics will be racing to the cinema (finally!) to enjoy the latest addition to the franchise, there are also plenty of ways that you can give a nod to Bond in your day to day life.

It is no surprise to hear that SOCKSHOP loves a good film, as well as a good pair of socks and finding our own way to celebrate big movie releases. So why not channel your inner James Bond with our own men’s dress style socks. This is perfect when heading to the office and wanting to feel like the famous 007 agent yourself!

We love a movie related sock choice here, so whether you want to Bond it up with your own stylish pair of office suit socks, or are also a fan of other famous franchises, such as Marvel, Harry Potter, and Star Wars, then we have the perfect socks for you.

If, like us, you are a film fanatic and are excited to see this long awaited next installment in the adventures of 007 and want to support the new release, then be sure to check out the range of socks we have to help you pledge your allegiance.