The Beatles: Get Back! - The Long Awaited Beatles Documentary

In November, an exclusive Beatles documentary will be hitting our TV screens. ‘The Beatles: Get Back!’ is a three-part documentary series premiering on Disney+ this autumn. Directed by Peter Jackson, who’s famous for his extensive portfolio including ‘The Lord of the Rings’, ‘King Kong’ and ‘The Hobbit’, this Beatles documentary will explore the making of the band’s 1970 album, ‘Let It Be’. We’ve compiled all you need to know about ‘The Beatles: Get Back!’ so that you’re ready to enjoy this long awaited musical experience once it debuts - whilst wearing Beatles socks of course! 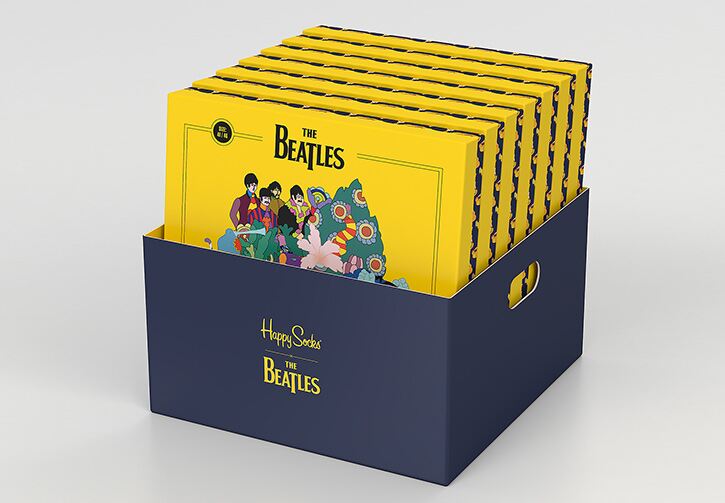 A Day in the Life

There have been countless Beatles documentaries exploring the lives of the famous four, as well as five Beatles movies. So the world is certainly not short of Beatles content, raising the question as to what makes this Beatles documentary different.

Firstly, this film series was created with involvement from the band members themselves. Paul McCartney and Ringo Starr both consulted on the project, while Yoko Ono and Olivia Harrison (the widows of John Lennon and George Harrison) also provided their cooperation during the project.

The project’s director, Peter Jackson, has taken 60 hours of exclusive Beatles footage to create an intimate insight into the band’s relationships and recording process. Jackson explained that ‘music isn’t at the forefront of this film’ because it focuses on the conversations and lives of the fab four alongside their musical talents and achievements.

It’s possible to see ‘The Beatles: Get Back!’ as a reinvention or extension of the 1970 Beatles documentary, ‘Let It Be’, especially as much of the footage used in this new series is taken from the original project. The 1970 documentary’s original title was actually intended to be ‘Get Back!’, before it was changed to match the release of the single ‘Let It Be’ that was released in March 1970.

The ‘Let It Be’ film came under fire several times during post-production for its imbalance in regards to portraying different band members, and for its generally negative portrayal of the band’s final years together. Speaking about ‘The Beatles: Get Back!’, Paul McCartnery has expressed his excitement for the documentary’s release, explaining that Peter Jackson has managed to ‘make a film that shows the truth about the Beatles recording together’ by capturing ‘a lot of joy’ from their archive footage.

Jackson has shared that he was ‘relieved to discover the reality is very different to the myth’ in relation to The Beatles’ final years together. In addition, this will be the first time that the footage of the rooftop concert will be shared in full with the public.

With all of this in mind, it seems that Beatles fans can look forward to a balanced, unseen documentary that explores both the highs and lows of the band’s final project together. We can’t wait to pull on our Beatles socks and get comfy in front of Disney+ - what an autumnal treat!

What is the release date for ‘The Beatles: Get Back!’?

This Beatles documentary was announced on 30th January 2019 - the 50th anniversary of their infamous rooftop concert. This unannounced concert atop the Apple Corps headquarters was the final public performance of their career, making this a fitting date for the new film’s announcement.

However, in June 2021, it was announced that Peter Jackson’s documentary would no longer be released as a single film. Instead, the project would be released as a three-part documentary, with each episode lasting approximately two hours. As a result, viewers can look forward to 6 hours of additional content exploring the life of The Beatles.

With a little help from my Beatles socks

So how can you prepare for ‘The Beatles: Get Back!’, one of the most highly anticipated Beatles documentaries in years?

We can’t wait to all COME TOGETHER and enjoy exclusive, extended access into the fab four’s incredible world.