The Open 2021: Everything You Need to Know

Golf’s oldest and most atmospheric major, The Open Championship, returns this July as part of an action-packed summer of sport. After an enforced year-long hiatus, British golf fans will be raring to pull on their favourite golf socks and walk the fairways of Royal St George’s this July to catch a glimpse of the game’s most prodigious talents. As excitement builds, SOCKSHOP is here to ensure you know everything down to a tee about The Open 2021. 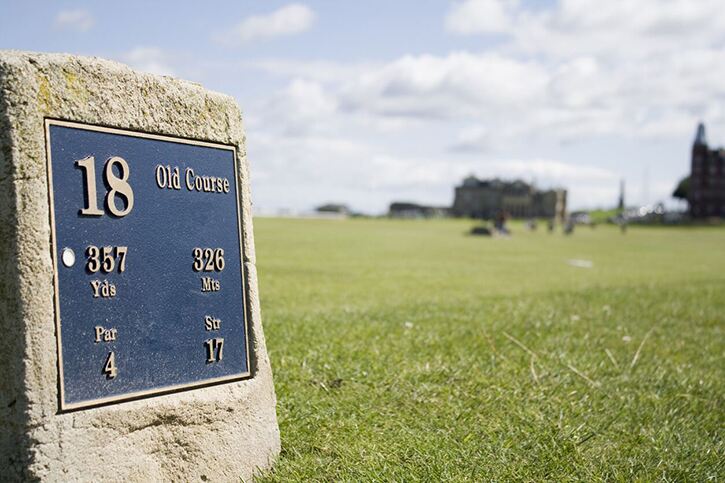 Is The Open 2021 actually going to go ahead?

It certainly is! After the postponement of golf’s original Major in 2020, golf’s governing body the R&A is working its argyle socks off to ensure the rescheduled event goes ahead this year. Of course, things will look different. But how different remains to be seen, as organisers keep a close eye on current events.

When exactly is The Open Championship 2021?

The eagerly anticipated Open Championship 2021 is scheduled to take place from 11-18 July. As usual, practice rounds unfold from Sunday through to Wednesday with the Championship action teeing off on Thursday. After four absorbing rounds of golf, the Champion Golfer of the Year will be crowned on Sunday evening.

The 149th Open takes place at Royal St George’s, which is ranked among the top 30 courses in the world. Located in the town of Sandwich, Kent (not far from Dover), Royal St George’s was the first club outside Scotland to host The Open and has gone on to host the Championship 14 times. Fun fact: James Bond author Ian Fleming was a member at St George’s and paid homage to the club in the 007 classic, Goldfinger.

Will spectators be allowed at The Open Golf Championship 2021?

It’s been reported that capacity could be anywhere from 25% to 75%, with a potential maximum daily attendance of 30,000 spectators. R&A chief executive Martin Slumbers said: “I think there’s a very good possibility we will be able to have spectators, but we will have to wait and see how many. We are balancing the health and safety of everyone involved, but I strongly believe The Open needs spectators.”

Who are some of the past winners at Sandwich?

Sandwich, as Royal St George’s is also known, has provided a feast of Championship drama for golf fans over the years. The evergreen Scotsman Sandy Lyle won his first major – and only Open Championship – here in 1985. Meanwhile, popular Aussie Greg Norman won the second of his two Opens here in 1993.

American qualifier Ben Curtis started his major debut as a 300-1 longshot but memorably went on to become the lowest ranked player (396) ever to win one of golf’s biggest prizes in 2003. Then in 2011, the last time the Championship has hosted at Sandwich, popular Northern Irishman Darren Clarke lifted the Claret Jug – his first (and only) major win after more than 20 years and 54 attempts.

Who are the favourites for The Open Golf 2021?

Golf is notoriously difficult to call a winner, especially with a packed field of the world’s best talent. But the bookies’ favourites are currently in-form Spaniard John Rahm, four-time major winner and former Open champion Rory McIlroy, current world number one Dustin Johnson, and three-time major winner Brooks Koepka. But don’t discount Phil Mickelson who, at the age of 50, became the oldest major winner at this year’s PGA Championship.

Anything else I need to know?

Leave your periscope at home! They’re banned (we kid you not!), under the R&A’s list of Prohibited Items. It’s also worth bearing in mind that the Royal St George’s course measures 7,204 yards. That’s just over four miles of walking and that’s just for the golfers. When you factor in all the extra miles you’ll walk going in and out of the spectator’s village and back and forth to your favourite vantage points, you’re bound to clock up some serious mileage.

With that in mind, you’ll want to keep your feet well-cushioned, dry and comfortable to stay the distance. Especially if you’re lucky enough to have tickets for several days of play. SOCKSHOP can tee you up with the perfect gear for the job. Whether you favour traditional golf socks, trainer socks or near-invisible shoe liners (if the South Coast sunshine is blazing) we’ve got exactly what you need to keep yourself in peak spectating condition!